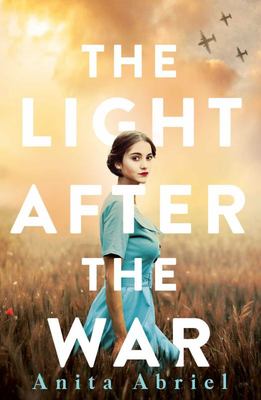 The Light after the War

In the bestselling tradition of THE GIRL FROM MUNICH and THE TATTOOIST OF AUSCHWITZ, an extraordinary tale based on the true story of how the author's mother survived World War II against all odds.

In 1946 two young Hungarian refugees arrive in Naples determined to start a new life after losing everyone they loved before the war. Vera Frankel and her best friend, Edith Ban, are haunted by their terrifying escape from a train headed for Auschwitz after their mothers threw them from the carriage, promising they would follow. But instead the girls found themselves alone in a frozen, alien land. They managed to find refuge and barter for their lives by working on an isolated farm in Austria until the end of the war. Armed with a letter of recommendation from an American general, Vera finds work and new hope at the United States Embassy and, despite her best intentions, falls in love the handsome and enigmatic Captain Anton Wight. But as Vera and Edith grapple with the aftermath of the war, so too does Anton, and when he suddenly disappears, Vera is forced to drastically change course. Their quest to overcome their terrible losses and rebuild their lives takes Vera and Edith from Naples to Ellis Island to Venezuela and finally Sydney as they begin to build careers, reunite with old friends - and find love. Heartbreakingly moving and compelling, THE LIGHT AFTER THE WAR is inspired by the story of the author's Holocaust survivor mother and her escape with her best friend from a train to Auschwitz.   Praise for The Light After the War 'You will be swept away by this fast-paced, heartbreaking and hopeful tale of friendship, family, second chances and the enduring power of love, based on the true story of the author's mother in war-torn Europe.' Kristin Harmel, bestselling author of The Room on Rue Amelie  'A heartfelt and memorable tale of family, love, resilience and the triumph of human spirit.' Pam Jenoff,  bestselling author of The Lost Girls of Paris